The Supreme Court rejected a bid to keep secret a “John Doe” donor who gave $1.7 million to a Republican super PAC in a move that could make it harder for political “dark money” groups to shield the identities of their biggest contributors in the 2020 elections and beyond.

The court let stand a lower court decision allowing a trust fund used by the donor to be named by the Federal Election Commission. The trust and a trustee sued to keep their identities secret, and were identified in court papers as John Doe.

Once the lower court follows up on the Supreme Court’s order, FEC commissioner Ellen Weintraub said she would release a statement with the names of the trust and trustee used to funnel money to the super PAC.

“I’m pleased but not surprised that courts up to and including the Supreme Court gave short shrift to the argument that key players in a straw donor scheme could keep their names in the dark,” Weintraub said in an email.

Super PACs, also known as independent expenditure-only political committees, are allowed to accept unlimited contributions to support or oppose candidates but are required to report their donors to the FEC.

Enforcement actions and court decisions are making it harder for some big donors to attempt to hide their identities, usually by funneling money to super PACs through obscure limited liability companies or other entities. Watchdog groups are pressing for more transparency as millions of dollars continue to pour into super PACs active in this year’s elections. 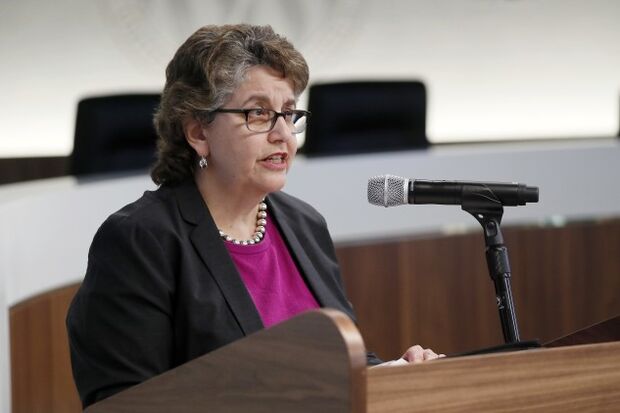 This case, known as John Doe v. FEC, involved transfers totaling $1.7 million from the trust to pay for campaign ads. The commissioners unanimously agreed to levy a $350,000 fine against the nonprofit American Conservative Union for its part in funneling money to the Republican super PAC, called Now or Never PAC.

The PAC spent more than $8 million, mostly on TV ads, opposing Democrats in the 2012 and 2014 elections. It targeted incumbent Democrats including Sens. Sherrod Brown (D-Ohio) and Jon Tester (D-Mont.).

Disclosure supporters also got a boost earlier this month from a U.S. Court of Appeals for the D.C. Circuit ruling in a separate case.

The court indicated FEC commissioners seeking to block enforcement can’t assert unlimited “prosecutorial discretion” to simply drop cases, without further explanation. The court upheld dismissal of enforcement action against several limited liability companies used to funnel money to super PACs involved in the 2012 presidential election, but did so only because the Republican commissioners voting to drop the matter provided an explanation.

“When the Commission dismisses an administrative complaint, even as an exercise of prosecutorial discretion, it must explain its rationale for doing so and the matter is subject to judicial review,” said a concurring opinion by U.S. Circuit Judge Harry Edwards.

“The courthouse doors must remain open to Americans who seek to keep the FEC honest,” said Tara Malloy an attorney for the watchdog Campaign Legal Center.

You can read the full article by Kenneth P. Doyle here.